In the past few weeks thousands of travelers have experienced tremendous delays, setbacks and other troubles traveling via air.

For one traveler it started with six hours on the tarmac. That trip ended okay, if you compare it to this week, when the six hours of delay resulted in canceled flights, and then other follow on flights also being canceled. This trickled down to the following days where more delays and canceled flights occured. Where does this problem start? What can be done to end it? What is going on?

A complex web of interrelated issues is causing trickle-down delays and cancelations. It is difficult to get to the truth on the issues behind the problems. Truth be told, there are multifold reasons for these air travel delays. The media doesn’t cover the extent of the delays and the travels are captive to the process.

Here is my educated inference to how the trickle down delay process unfolds. If there is bad weather, for example, somewhere along the Eastern coastline, all flights in and out of the region are delayed by the FAA for safety reasons.

To protect people the FAA holds back flying through areas with troubled weather. In addition, the current algorythm employed by the FAA, does not release flights until they are clear to land on the receiving end. So the corridors start to back up. This is the first stage of the cause of the trickle down delays. Keep in mind the FAA likely does not have a way to reroute an entire corridor or even a large number of flights around a large stormy area.

The flight corridors are protected space ensuring noise control is maintained over select towns and areas on the ground.

The next factor in this house of cards are the number of hours a crew can work, without time to rest. The number of continuous hours a pilots and flight attendents can work are set by various factors including government mandates for safety and union rules for unionized workers. The rules for of employment are there to protect travelers from tired pilots and workers from abuse in the form of excessive on time, without rest.

When flights are delayed the hours worked are still ticking. If the workers hours go too far over , then the crew must rest for 8 hours or be replaced. I believe the pilots cannot choose to travel, if they go over, but the flight attenends can. Neither are paid for downtime while they are away from home.

Given the scenario, where a large number of flights have been delayed, for a given corridor, for a number of hour, say 5 or 6; then the overtime & cannot fly rules come into play. So the piliots go over, they must rest before they can resume, whether they want to or not.

The next effect in the trickle chain are the number of reserve crews, and thier locations. Airlines are not that profitable these days, especially the ones who have unionized workers. The airlines must operate in a manor which will allow them to remain profitable. One way is to keep a minimum number of extra aircraft and crew and not to cache them or keep them located in too many places.

So once a crew is “disabled” due to overtime rules because of the flight delays, the airline must come up with a new crew. Not just any crew but a crew which works for the specific airline. The phone calls are made, the crew gets its travel started and they head for the troubled areas. The problem is, all flights to those areas are delayed.

Airlines have “crews on demand” but to remain profitable, these crews are mostly in regions where the airline has a strong presence. For the most part, the airlines do not have caches of crew distributed around the country. So when a crew, or typically a number of crews are “disabled” and resting, they will not be flying for whatever is their down time, the time to rest, even if they are willing to work.

I am sure the larger airlines are more likely to find a crew for flights from around the country. The smaller and more regional airlines are likely to need to fly in a crew from somewhere far away if they are western based.

So back to the FAA delays for the corridor for 4 or 5 hours. The crew becomes “disabled,” and a new crew must be flown in. The new crew is delayed to arrive due to the backlog of flights caused by the delays on the Eastern side of the country. It’s a large looping process or a trickle effect. The delays cause other delays. It starts with the FAA, then the process where the crews are unable to continue working, then the delay in getting new crews to an area.

How can this be resolved? The first question is: Who knows this is a problem? Who is to blame? Who needs to adjust? How well do they know the problem. What part of the control force are they?

There is finger pointing going on. FAA computers are often blamed, but is it really their fault? Will updating the routing algos take care of the problem? It would help but I am not sure it will solve the problem.

The first thing these computers need to do is reroute aircraft through alternate corridors and paths. It’s likely the old FAA systems do not have the flexiblility to do complex rerouting or optimizations.

So the need for new software and solutions exits.

Mastermoz.com is a web directory, designed to help websites gain control of their web presence.

One of the largest problems on the web is presence. In web terms, the word presence refers to placement. Without presence, you are nowhere. How do you get present? You need to make your site known, for it to have presence.

A listing in the MasterMOZ directory can help any site gain presence.  Lising are posted immedialty, reviewers keep the site clean and accurate. Checkout MasterMOZ at http://mastermoz.com. 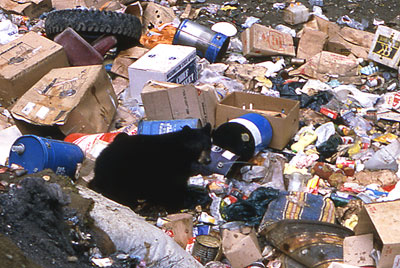 Cleaning up America. We have cleaned out most of the manufacturing. We have cleaned out most impediments to distrubing the environment. There are daily living issue. We still drive more cars and miles per person than ever before and we try alteratives with great reluctance. What is going on with the fine country of ours? It seems that basic human nature desires convenience over cost.

There are alternatives for enrgy but unless more get willing to bring them forward I am not sure we won’t see the alternative come to us from China or somewhere else.